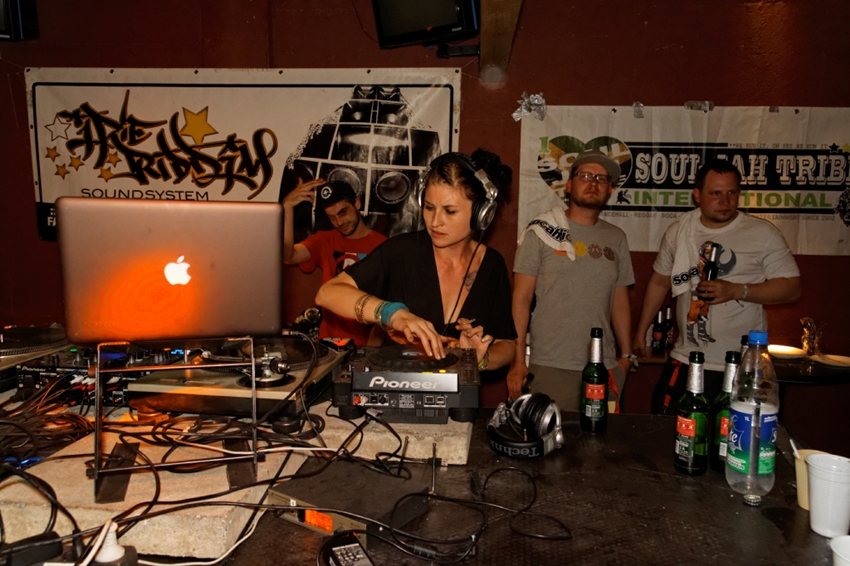 Based in: Port of Spain, Trinidad & Tobago (West Indies)
Scientist of Media & Communication (Bachelor of Arts)

The Riddim Magazine Germany titled DJ MIKA “wonder woman behind the deejay decks” in 2010. For more than 14 years, she is doing music professionally, performing live, and releasing mixtapes and live sets. You can see her passion in her perfected music selections with exclusive remixes, self-created edits, and cover versions. 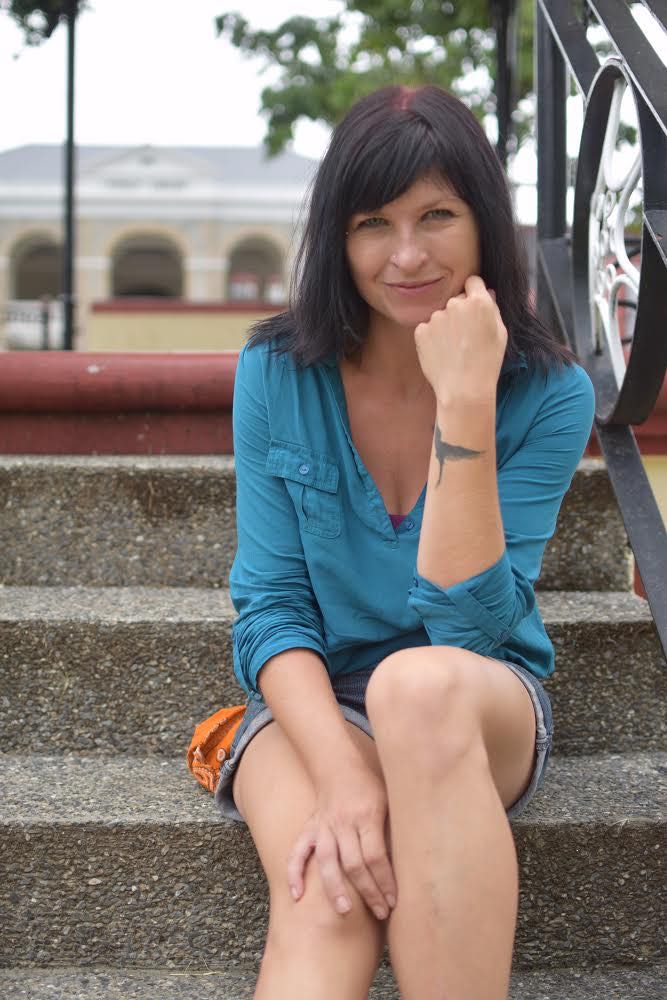 Over the years she was able to create herself a captivating music collection with local treasures, the biggest classics of different music genres like Reggae, Dancehall, Soca, Afrobeats, and Calypso, as well as the greatest hits. She loves to discover new music, is aware of the latest trends, but prefers to surprise with unheard and long-forgotten songs. To preserve the loss of music through digitalization, she recently started a virtual music archive about the music for Trinidad and Tobago and a music blog where she is publishing music relating articles combined with video examples.

The Trinidad Express decided to do a special exposé on her during her first visit to the twin island in February 2015: “The blue-eyed beauty felt an incessant urge to go to the place that she considers the beacon of Soca and experience what she has only had the opportunity until now to dream about”, and so she decided to change her location and move to the twin island at the end of 2016.

For the first seven years of her exceptional DJ career, she was able to spread her wings all over Europe, touring in many different countries. She performed at different Carnivals on music trucks, on music festivals, in clubs, in bars, on boat rides, and at concerts.  The polish-born moved to Germany with her family while she was just a child. Growing up in Germany, she discovered the Reggae and Dancehall music scene by clubbing and listening to mixtapes. Later on, she started doing her own ones, feeding her fans with her positive vibes. 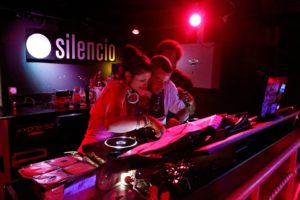 As only one of a few female DJs in Germany, she was able to perform in cities like Berlin, Munich, Stuttgart, and Leipzig. Internationally she performed in countries like Poland, Sweden, the Netherlands, Switzerland, Sweden, Spain, France, and even Macedonia. Traveling to all these places, brought her great experience and fans worldwide. Performances in London (United Kingdom) and on Ibiza (Spain) have been the most memorable for her, motivating her move on forward.

In 2016 DJ MIKA was one of the finalists of the International Soca DJ Competition in Port of Spain (Trinidad and Tobago), where she was the only European contestant. Most of the time she performed using professional CD Players to perform, carrying her music treasures across the world and representing the art form of deejaying. She just recently switched to a digital console, discovering the benefits of digital effects, easier transportation, and travel.

In 2017 she was contributing her knowledge about Soca in Europe in the BLAZE A TRAIL SCHOOL PROJECT at Woodbrook Secondary School in Port of Spain in Trinidad and Tobago. During two months students were able to attend workshops about music production, mas making, and the spread of Soca music in Europe.

The idea resulted from a research project, in finding Soca releases produced in European countries. Her mixtape “BLAZE A TRAIL ACROSS COUNTRIES” presents the result of her research, together with a large-scale article about the “EUROPEAN SOCA MOVEMENT“. 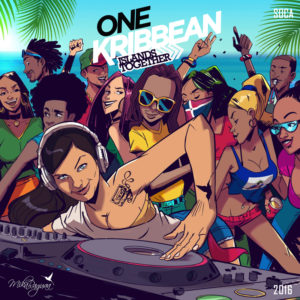 Besides regular seasonal Soca mixes, presenting the hits of the year, she also produced more educating mixtape productions. The Soca mixtape “ONE KRIBBEAN” guides the listener through Soca music from all Caribbean islands including the French, Dutch, and Spanish-speaking. The mixtape series “ACOUSTIC MELODY RELOADED” presents the finest selections of acoustic tracks out of Caribbean music releases.

Soon also (and finally) the Reggae mixtape “RUN FOR COVER” will have its second volume as a collection of the finest Reggae cover songs, the first release is as many timeless. Compared to mixtapes, live sets can transport a different vibe. They are usually less edited and include live elements through the recording. Live selections like “TIMELESS PRECIOUS PURE” and “THE VIBE IS RIGHT” represent Reggae music recorded in very special environments like the pine forests of Ibiza, a Spanish island in the Mediterranean sea, or one of the most recommended Reggae festivals in Germany. During a residency as a DJ on the popular party area Aripita Avenue in Port of Spain (Trinidad), the female DJ presented live selections out of different music genres, like Soca, Afrobeats, Reggae, and Dancehall. The triple release “LIVE @ 63” is showing the diversity of worldwide Caribbean music. All productions have been recorded with CDs, well mastered. All tracklists and productions are showcased here.

The mixtape productions and live sets of DJ MIKA are accompanying people all over the world for many years. Millions of downloads have been made from this website, which is online since 2010 and offers high-quality productions for free and related tracklists. Many mixtapes have been reviewed and well-recommended by Riddim Magazine Germany.

With her passion and knowledge for all varieties of Caribbean, Latin, and African music combined with her captivating personality and creative nature, DJ MIKA is a unique musician that aims to inspire. She continues her musical journey to the next level. 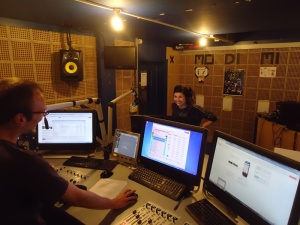