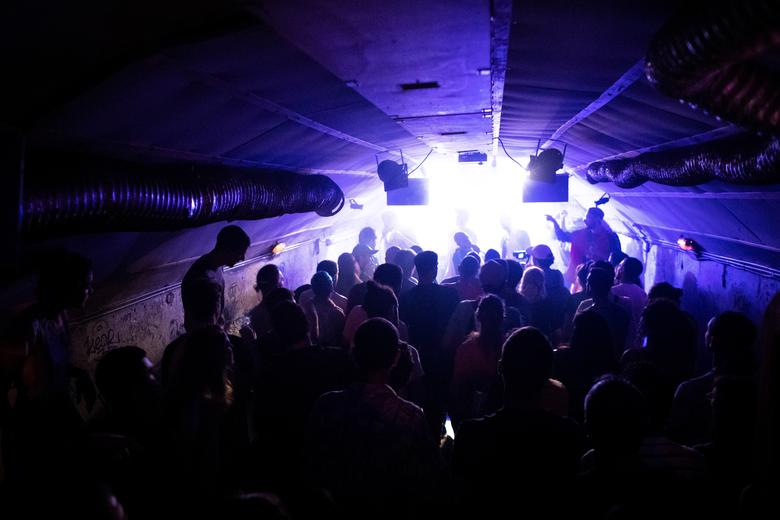 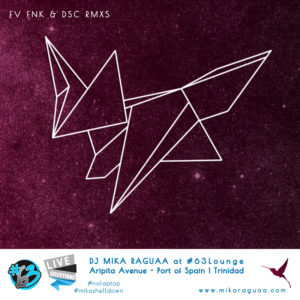 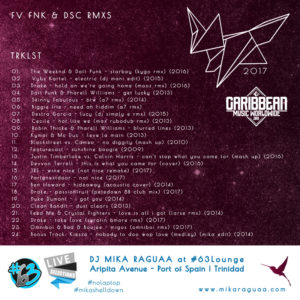 This is the first of three released live sets from #63Lounge, the resident location of DJ MIKA, on the well-known Aripita Avenue in Port of Spain, Trinidad. The live selection was recorded in 2017 and features funky and discolike remakes, including Soca hits on funky beats and disco pop anthems, sweetened up with exclusive and self-created remixes.

Do you have big speakers with a nice bass to use? Well, then this future bass selection will make you bounce. The mix was recorded in 2017 in Halle (Germany), where DJ MIKA was studying for a few years. Together with DJ Xbrayne (who starts the set), she recorded this bassy live set, including Trap, Twerk, Dubstep, Moombahton, Rap, and Global Bass. Her set starts at around 34 minutes of the set. Don’t forget to turn on the bass for this one, it’s a trap!

Tracklist & Download on personal request. This mix is exclusively available on Mixcloud

There were these guys in Leipzig (Germany), who had the idea, that Santa Claus is attending crazy Trap parties, so they got themselves a costume and started the first events, totally illegal under bridges or in forests, DJ MIKA was always on board with trending Trap, Twerk, Moombahton, Dubstep and Global Bass remixes, edits and exclusive tracks.

The “Project Santa” became a household name in the party scene of Leipzig and featured events with even more than one location, decorated areas, bouncy castles, and a crazy stage show with Santa as the special guest. These memorable shows were attended by thousands of people and found a place in the middle of underground music. Enjoy this live set from one of their events.

Tracklist & Download on personal request. This mix is exclusively on Mixcloud.

On Ibiza, the Spanish Mediterranean Island, anything is possible, also that you join a Reggae bar and get a full blast of bass and crossovers, selected by a female DJ, with a lot of glitters, a little bikini, and a big smile on her face. This experimental selection crosses the borders of genres, showing you what the digital influence in Reggae was causing to underground kinds of music. This selection contains artists like Soom T, Freetown Collective, Flux Pavillion, and many more. Jungle remakes of Reggae hit songs by Marcus Visionary, the Four Corners Crew any man many others. 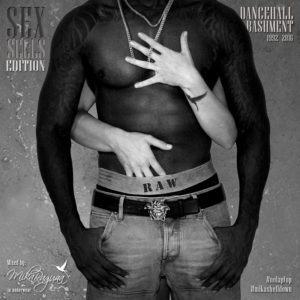 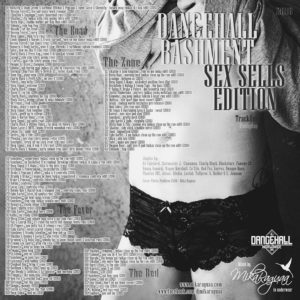