Come on a musical journey with DJ MIKA. Since 2008, the female DJ with roots in Poland is not only fascinating international crowds with her strong stage presence and her smile. People celebrate her high-quality selections, which have been reviewed in music magazines and shared all over social media. 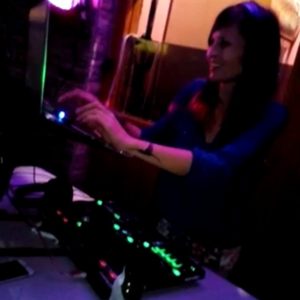 With more than 14 years of experience, she perfected her mixing and fuses smooth sound effects with samples and strong mix transitions. Find mixtapes and live sets of different music genres like Reggae, Dancehall, Soca, Afrobeats and Tropical Disco. 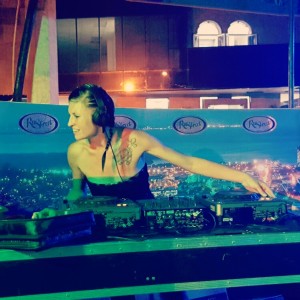 Let DJ MIKA be your personal soundtrack, surprising you with exclusive remixes, long-forgotten music treasures, acoustic and cover versions. With a cassette tattoed over her heart, since she started to deejay, wings on her legs and a hummingbird on her left ankle, standing for the love to Trinidad and Tobago, which is also called “the Land of the Hummingbird”, she truly lives the love for to music. 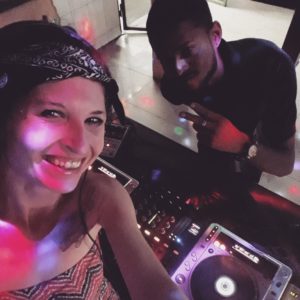 Recently she is doing research on local music and curating the Trinidad and Tobago Music Library and the music blog Jukebox TT, publishing articles about music and all related topics. 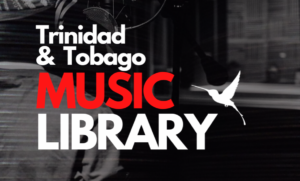 Known for her good taste, she couldn’t miss the latest trends in Afrobeats and Latin American music. A mixtape series for Afrobeats and the recent Afro Soca music will be released soon! DJ MIKA is also  preparing for the upcoming Carnival season. With your support, the next Soca mix will be released! Also for Christmas, she about to release a very classical Parang mix.
Make sure you follow DJ MIKA to miss not any of her releases! Enjoy the following selections, until the next timeless live mix or mixtape will be released.

DJ MIKA officially launches a virtual music archive of Trinidad and Tobago, named the TT MUSIC LIBRARY. The platform showcases local musicians of any genre. It contains articles about music history and related music instruments and a music blog.

AUGUST 2018 – NOBODY AND NOTHING NEEDS TO BE LOST

On Trinidad Independence Day DJ MIKA launched the LOST & FOUND ASSOCIATION to support local communities and share positive information with the public, encouraging with the rich heritage of Trinidad and Tobago. The project supports and encourages people with social needs of any age, color, or ethnicity. It encourages young and old to rediscover the country, reconnect to society, recycle and remember local icons.

SUPPORTING THE NEXT GENERATION

Together with The Children of Belmont DJ MIKA was building a creative workshop for kids to prepare them for the big day of the children’s parade through Belmont on Carnival Sunday 2018 in Trinidad and Tobago.

The Children of Belmont (COB), is a non-profit organization, that supports unity and peace in the community. Belmont is the birthplace of a lot of local icons, like musicians, artists, sportsmen, and mas makers. The area has a rich cultural history. 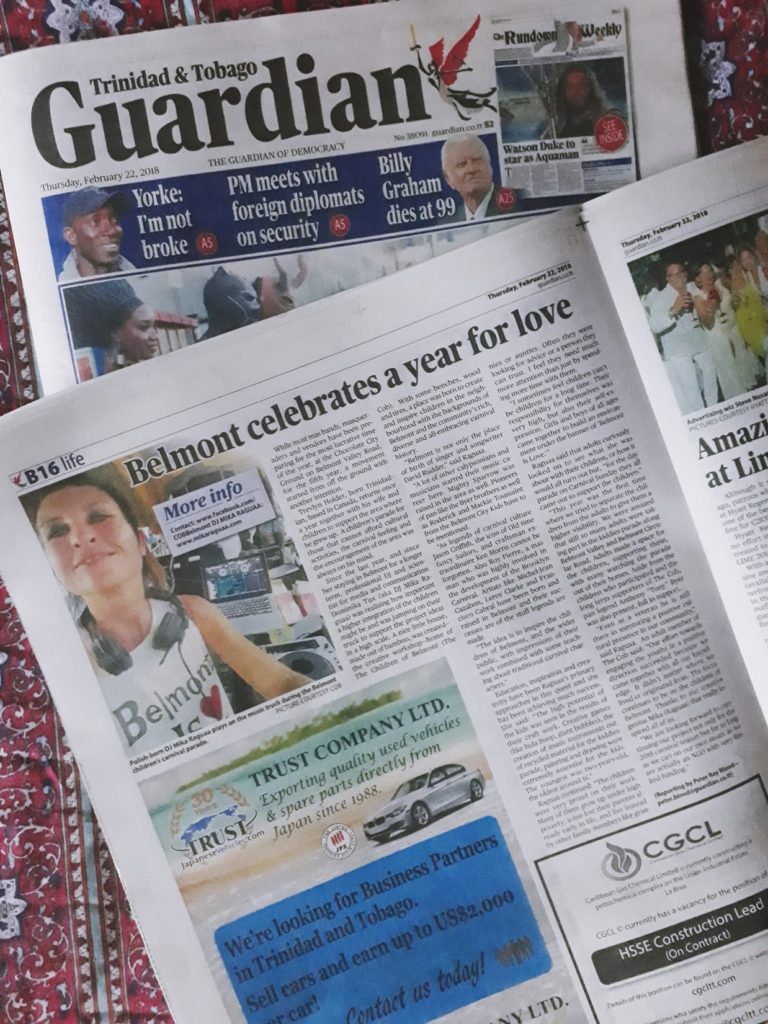 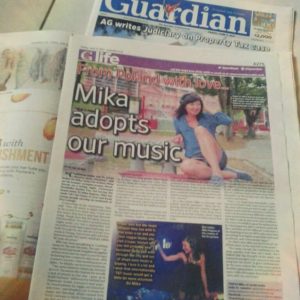 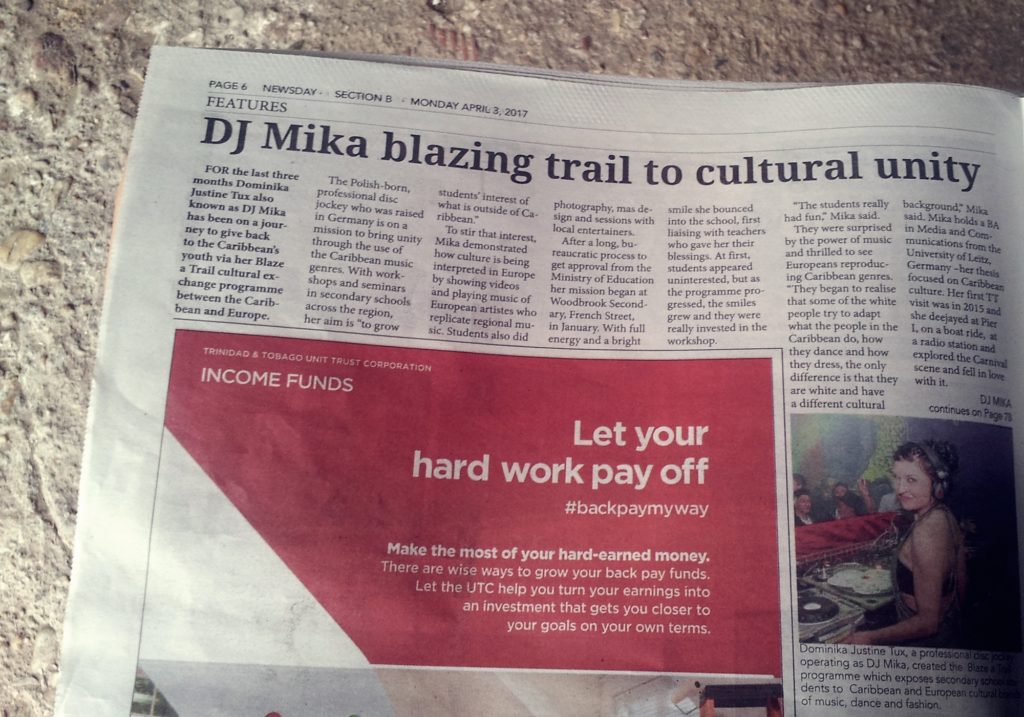 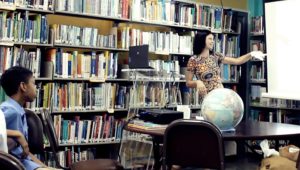 The school project brought students together with professionals out of the music industry to learn about music productions, mas making, and Soca from Europe, approved by the Ministry of Education of Trinidad and Tobago.

Here are some impressions from the workshops: 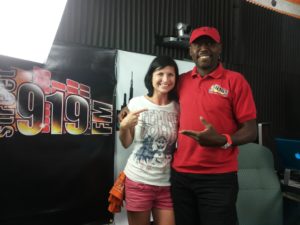 Guest performances for The Street 91.9 FM, Port of Spain Trinidad

In October 2016 DJ MIKA moved to Trinidad and Tobago. This is the official #GOODBYECLIP and the announcement of the last performance in Leipzig (Germany). 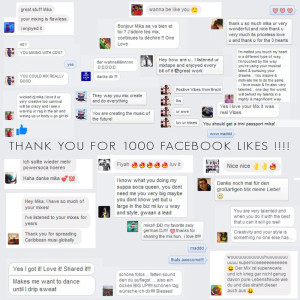 Thank you for all the amazing Feedback.

DJ MIKA  was one of the finalists of the INTERNATIONAL SOCA DJ COMPETITION in 2016 at Queenspark Savannah in Port of Spain, Trinidad and Tobago. As the only European contestant, she represented one of the few ladies in the event.

Besides the contest, she spend more than five weeks in Trinidad and Tobago getting inspired by the Caribbean lifestyle and culture, and was allowed to be a part of Trinidad Carnival 2016 performing on the Carnival in Trinidad for the Generation Lion Jouvay and Legacy Carnival.

She did also radio performances for 104,4 More FM and gave interviews for 94.1 Boom Champions and 91.9 Street FM and 89.5 Pulse FM in Tobago. She also surprised with a guest performance at Rustreet in Port of Spain and at a boat cruise event “down the islands” by Bessline Experience. 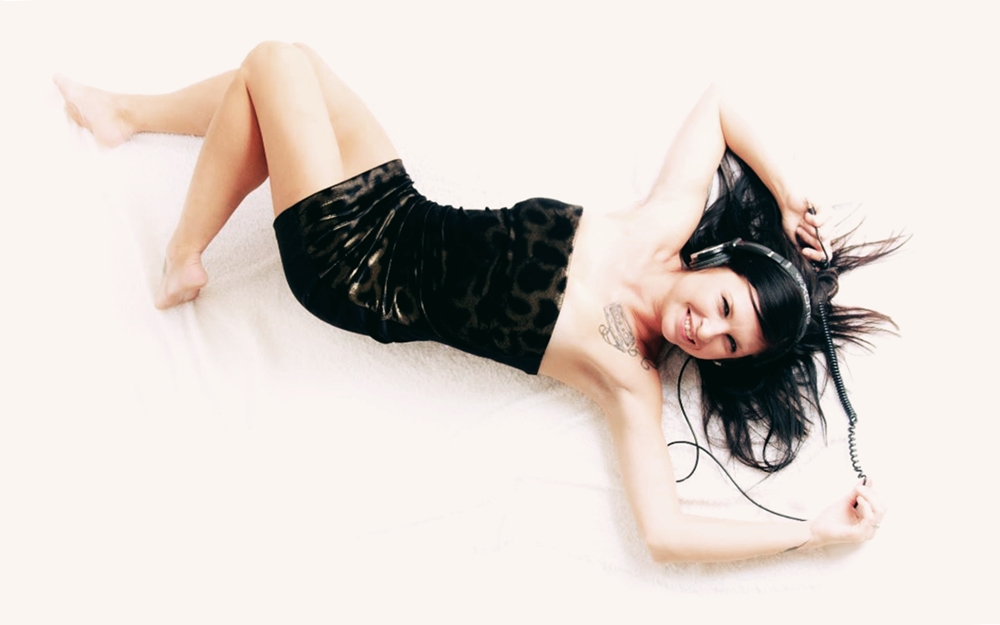